Skip to content
Homepage / Technology / What Is Windows 10X? Everything You Need to Know

Microsoft recently announced a dual-screen surface neo laptop which runs a new version of the Windows operating system. They called it Windows 10X and it has been in development for about two years now. It is the first of its kind with support for foldable double screen laptops. So, here is everything you need to know about Windows 10X.

What is Windows 10X? 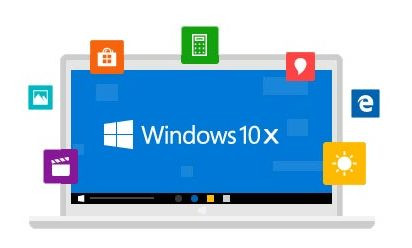 Windows 10X is the latest operating system by Microsoft. Initially, this OS will come in the new Surface Neo by Microsoft which is going to be launched in 2020. It is specially designed for dual-screen devices. It is better and has more features than the previous generation OS. Windows 10X will be used in dual-screen laptops and tablets.

“We didn’t wipe the slate clean and start over with a brand-new operating system,” writes Microsoft corporate VP Eran Megiddo. “Our approach is an evolution of where we’ve been going with Windows 10 for the last few years.”

“For those of you not familiar, there are a common set of shared technologies in Windows 10 that unlock a whole host of devices across the spectrum from consumers to businesses and industries. Internally, we call these shared technologies ‘one core’ but what matters most to customers is what they enable.”

Well, Microsoft has not revealed everything on the new Windows 10X. In its October event, Microsoft showcased some of its features like the use of the dual-screen devices. Apparently, from the first look of Windows 10X, it has been observed that Windows 10X shows the open program on the side of the device. To shift any app or icon, from one screen to another, simply drag and drop action can work. This is termed as ‘Spanning’ in the words of Microsoft.

There is ‘WonderBar’ with sufficient space for emojis, menus, etc. Space left extra, can be used effectively like opening two Apps on two screens, without any need to switch all over again.

Microsoft’s corporate vice president, Mr. Roanne Sones vision to have a modern Windows system having features like seamless updates, LTE and 5G support, and fastest ever performance. The new Windows 10X is also fit on several factors through cloud connectivity.

As per the sources, Windows 10X is expected to launch by the end of the year 2020. It will be used on Microsoft’s Surface Neo, and on other upcoming dual-screen laptops from Asus, Lenovo, Dell, HP, etc. Lenovo spokesperson has already confirmed that its new foldable ThinkPad X1 will come powered with Windows 10X. Asus may also use it in its project Precog device. However, one can’t expect to upgrade Windows 10X on classic laptops.

No. Microsoft execs seem to be calling this Windows 10 X (as in the letter X). Hardware chief Panos Panay used the word “expression” on stage today describing 10X, as in “it’s a new expression of Windows 10.” So I am guessing that’s what the “official” explanation may be for the name.

Not really! Windows 10X and Windows 10S are not the same. Windows 10X is more advanced than Windows 10S. Windows and education corporate vice president Eran Meggido wrote on his blog post, “newly implemented support for running Win32 applications in a container.” This is clear that Windows 10X is not just limited to UWP Apps i.e. Universal Windows Platform.

When Developers Can Test Windows 10X

The CPO (chief product officer) of Microsoft, Mr. Panos Panay, said that the reason behind launching the surface Neo is to empower the Windows developers to gain some experience on 2 screens. Possibly, further updates will be given by Microsoft at the event going to held on May 19 and 21, 2020.