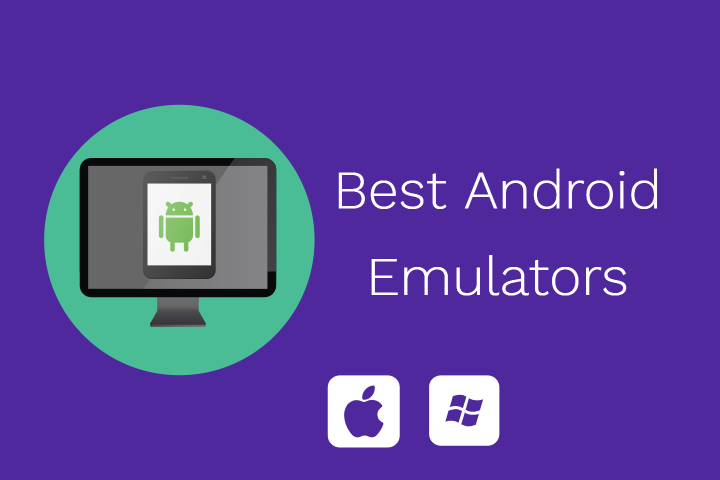 Android Emulator is an Android Virtual Device i.e. AVD which is designed to represent any particular Android device.

Windows Emulator can be used as a platform or environment to run and execute the Android application on the system. Its usage depends on the user’s needs and can be optional. It is useful to deploy the applications which are developed in users IDE without actually installing it in your system.

BlueStacks is probably the most known Android emulator among Android users. The emulator is preferred for gaming and is ridiculously easy to set up. Other than Play Store, you have the option of downloading BlueStacks optimized apps from its own app store. Although, BlueStacks supports keyboard mapping but does not go well with gestures. A major drawback of the BlueStacks emulator is that it gets sluggish in productivity apps. Other than that, the sponsored ads make the emulator lose behind other best free Android emulators for Windows. Talking specifically about BlueStacks 4, it brings an excellent gaming performance, thanks to low CPU and memory usage. It also claims to be 6x faster than Samsung Galaxy S9+. BlueStacks Android emulator is currently based on Android 7.1.2 (Nougat).

GameLoop is an Android emulator that is used as a gaming platform. It is an ideal emulator if you want to play games on your desktop. GamLoop emulator includes many popular games like Call of Duty: Mobile and PUBG Mobile.

It supports android PUBG mobile games and allows them to play on PC.
This Android Emulator for Mac offers configured controls for playing PUBG games on PC.
Users can customize PUBG mobile’s control overlay.
This Emulator doesn’t ask for any type of account creation, so no need to register on it.
This simulator works in a low configuration computer tool.
Supported Platform: Windows, Mac.

It is a powerful and free Android Emulator that can easily become your first choice for running Android games. It can help you download apk files from Google Play Store and run Android apps on your Windows PC. It built on x86 Architecture, supports advanced features like OpenGL & hardware acceleration.

Starting off our list, MeMU Play is particularly focused on emulating Android games on PC. It has a large advantage of being able to play more than one game at the same time in different windows, and it also lets its users configure the controls on mice and keyboard or even gamepads!

Among the Android emulators for PC, this is an extremely lightweight option, requiring very little from your PC. MeMU Play is free to use and quite simple to install. To start emulating Android games on your PC, just download it!

Nox Player is another great Android emulator for playing Android games on your PC.

To complete the gaming experience, Nox offers some additional utilities and additions, such as the support for the computer’s keyboard and mouse, as well as the gamepad.

It could be laggy sometimes, but the overall impression is satisfying. Another good thing is that it doesn’t come with any additional software.

This Emulator comes with add-ons that make it a bit more interesting than many other Emulators. It has an app that can be installed on mobile phones. You can then use your smartphone to control games on your PC.

Andy is a reliable android emulator that provides a stable experience for the user at any given time. It is packed with a lot of features that often strive to become the Android Emulator and get the smartphone experience. Andy can be best utilized by developers and gamers for building the desired emulator. For instance, Andy permits Smart Phones to be used as remote controls, if a smartphone is unavailable then the same can be done using the Xbox or PlayStation Controller.

The testing and debugging time is short for Andy and it enables android app developers to build the already planned Android OS. The main advantage present in installing Andy is that it can be programmed to the virtual machine settings and then reconfigure the capacity of CPU and RAM memory.