Skip to content
Homepage / Technology / The Pros and Cons of Android 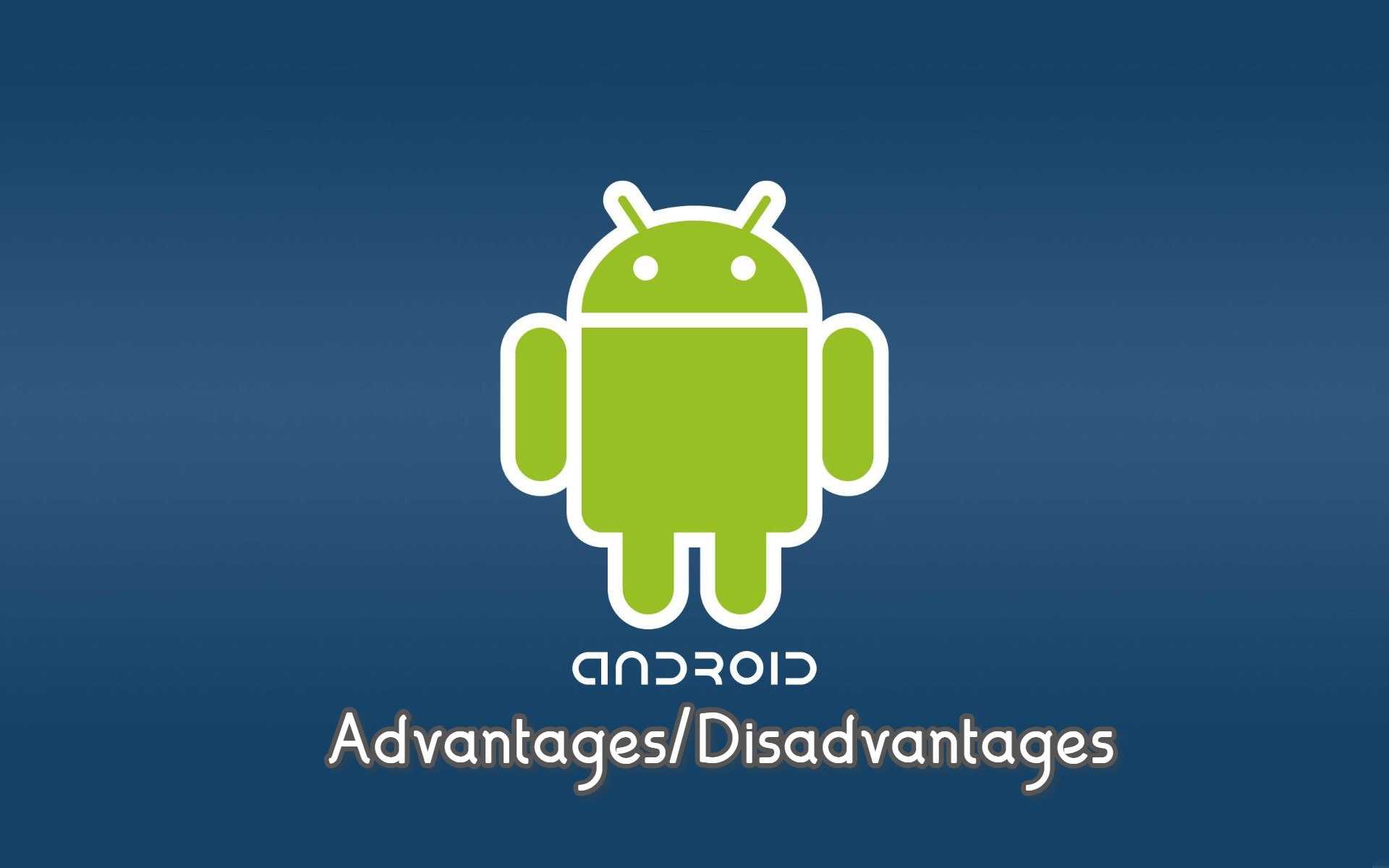 Android is the mobile operating system developed by Google. These days android is a very popular OS in the market. Android is an operating system run by Google that competes directly with Apple’s iOS system. Understanding the pros and cons of a smartphone that runs on Android will help you make an informed decision on whether it’s for you, or not. With about 5 billion mobile users in 2019 in the world, app development is at its peak. On average, users spend around 2 hours and 51 minutes on their phones every single day. It is expected that by 2023 the number of mobile phone users will exceed 7 billion. Today I am going to discuss some of the advantages and disadvantages of the android operating system.

Advantages of an Android Smartphone

Because Android is a Google-made operating system, almost all Android-based smartphones are integrated with Google’s most popular services such as Gmail, Google Reader, Google Docs, and Hangouts.

Widgets, or self-contained programs, add functionality and flexibility to Android devices. This feature is one of the biggest reasons why Android is better than Apple. Some of the best Android widgets, like Battery Widget Reborn and Circle Launcher, are popular options for enhancing an Android user’s experience.

As you know, Android is an operating system that caters to a broad range of smartphone brands across the globe. This means that there are a wide variety of devices to choose from. Each brand offers distinct hardware and features to reflect its brand and target markets. Android smartphones vary in size, phone storage, camera pixels, battery life, style, and more. No matter what your budget, or how big a screen you need, you’ll find an Android device that suits you.

Increasing memory capacity in an iPhone or iPad requires a costly upgrade. However, in a comparison of the pros and cons of iPhone vs. Android, many Android devices have expandable microSD card slots. Android batteries are also removable, allowing for the replacement of just the battery and not the entire phone.

With its open-source software, Android offers developers a low barrier to entry. Developers can utilize various crowdsourcing frameworks and plugins and play around with the features and functionality, which makes the platform more flexible than iOS. However, this significantly complicates the development process.

Variety of mobile models to choose from

Android OS can run on a wide range of devices i.e. HTC, Samsung, OPPO, Huawei, Motorola, Sony Ericson, and many others. You can choose any low-cost mobile or middle-range mobile easily. Some android mobiles are costly too but it all depends upon your budget.

There are thousands of free applications you can install on your Android phone, through sites such as Aptoide, Amazon, and Google Play. When an Android app crashes, a user can easily search the error code online and get an explanation on how to fix it. iPhone users may have to wait for the manufacturer to release a bug fix or delete the problematic app.

You can install a modified ROM, Which is the version that was not in accordance with the specification release on our cell phones, the last way is the modification, There are many custom ROM that you can use on Android phones and guaranteed not to harm your device.

Disadvantages of an Android Smartphone

If you have no Google account, why use an Android smartphone? You can’t make the most of your phone without a Google account. It requires the usage of your account, most especially in installing applications, downloading content, or other activities you do—it needs to be backed up by your Google account. The iOS phone system uses the Apple ID to authenticate activities on the smartphone. As the Android operating system is made by Google, its services are pretty much tied into it thoroughly. And true, most people are fine with this. But some people would prefer to use a phone without Google.

Apps run in the background

Android’s open system makes it more vulnerable to viruses than the iPhone (See Reference 1). With Android, you can download apps on a wide variety of sites, some of which are created by cybercriminals who want to spread malware. Apple only allows you to download apps from its App Store, which is tightly controlled by security and is much more difficult for hackers to penetrate.

Another thing that annoys users is the popup advertisements on Android, most especially on low-cost ones. Whenever you open the Play Store, there are ads everywhere. A few cheaper phones might even display ads in the notifications.

It’s a trade-off. iOS apps often have fewer ads, but also more of a culture where paying for apps are accepted. On Android, the trend is much more towards getting apps for free.

Although there are hundreds of thousands of apps available to Android users, not all users can run these apps on their phones. That’s because Android users often continue to use old operating systems, such as Gingerbread, released in 2010, instead of KitKat, the most recent version. Some of this fragmentation is due to the fact that newer Android smartphones may not have received the necessary upgrade to run those newer apps.

Developers have a tough time

Learning and developing android apps is hard because there are a variety of screen sizes and making apps adaptive to all screen sizes is challenging for the developers. Developers have to write more code and are difficult to troubleshoot the app for final delivery. It is also difficult to make complex apps and doing advanced animation is hard.

Android has the biggest share in the smartphone market. And it has become possible because of its features and pros we have discussed above. While there are some cons too, but most of these depend on your phone or how tech-savvy you are. A tech-savvy user can easily avoid these problems and use his/her Android device more efficiently.