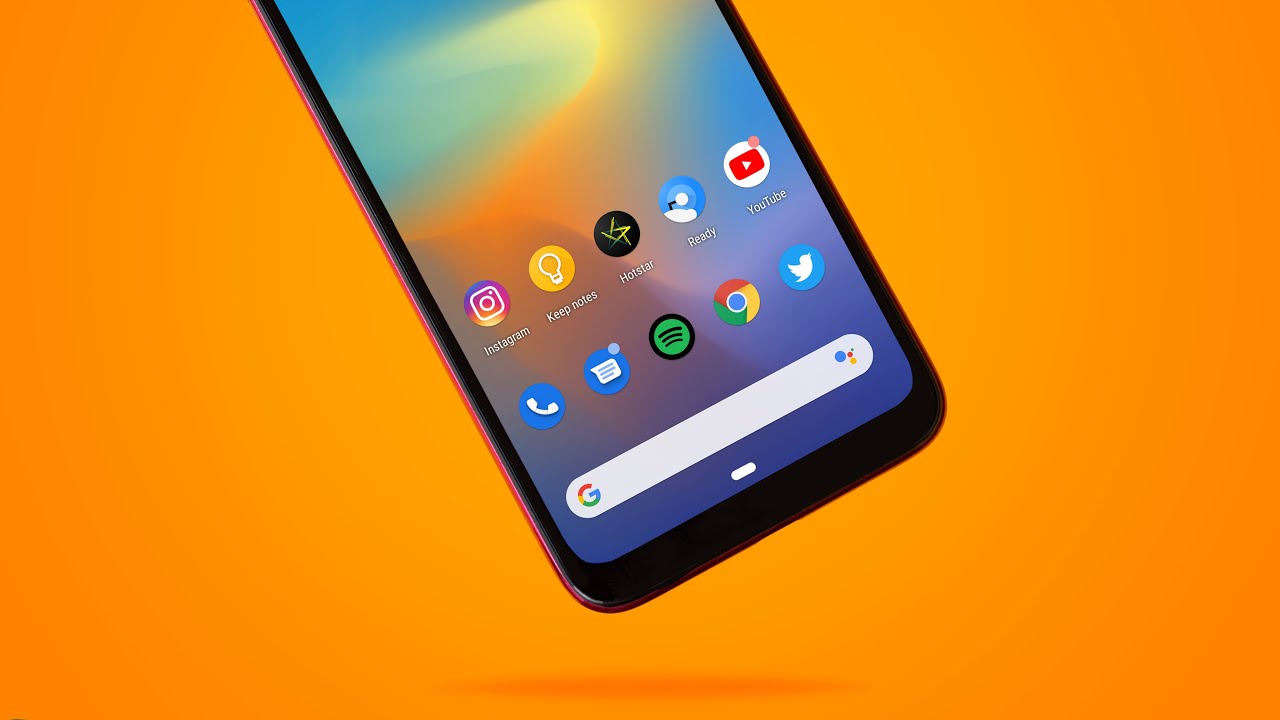 We know that Android phones are very much customizable. OEMs give tons of options when it comes to customization. Companies like Xiaomi, Realme, and OnePlus have baked a lot of features in their Android skins.

our phone comes with an operating system installed. In most cases, this is Android, but you might not have the most recent version on your phone or tablet.

While you can blame your wireless carrier or device manufacturer for this, you don’t have to wait for an update. Instead, you can flash a custom ROM running the latest Android version. It’s like installing a new operating system on your PC, but simpler.

Various custom ROMs are available for Android. Let’s take a look at some of the best and where you can find them.

LineageOS is the successor to by far the most popular custom ROM, CyanogenMod ROM. Built using Google’s AOSP code as its base and with its own added custom code to it, LOS also works as the source code for many other custom ROMs. With an emphasis on openness, community development, and improvement of the stock Android experience, CyanogenMod supported dozens of devices officially with nightly updates, and unofficially, by the efforts of developers in the community, dozens of more devices. LOS has a compact launcher, a feature-packed camera app and few selected pre-installed apps which leaves you with a lot of free memory.

If the Google Pixel 3 and 3 XL are too much expensive for you, but you love their aesthetic and UI, then Pixel Experience is the right option for you. This custom AOSP ROM will modify your smartphone into a Google device. It has all the Pixel features including a launcher, icons, fonts, widgets, lists, etc. Pixel Experience ROM provides a little amount of customization as it is very proximate to an original AOSP ROM. Though regardless of that, It is one of the best custom ROM right now.

Pixel Experience has a very vast list of device support from Xiaomi to Oppo and Asus to Sony. Also, it brings Pixel features on a wide range of supported devices. For example, the newer Google Assistant, built-in GCam support, Pixel live wallpapers, and much more. Along with that, it has extravagant stability amongst all the ROMs that I have used for years. The main developer of the Pixel Experience is Henrique Pereira.

This is the most stable ROM on the list. The developer provides timely OTA and security patches. It has a good battery life and is very much stable. Usually, a new update arrives within a week. Lots of new features are added.

Evolution-X ROM
Recently they have added Face Unlock on a few of their devices which is ported from Oxygen OS. It also has edge lighting from the OnePlus 7 pro. There’s a long list of customizations available in Evolution X ROM.

According to its website’s stats, Evolution-X has been downloaded 3060874 times. This indicates the popularity of Evolution X.

Bliss is a non-profit project that follows in the footsteps of LineageOS. Like Lineage, Bliss creates an entirely new Android-based operating system for your device, similar to a Linux distribution. Bliss tries to support as many devices as they can, and they’re working to provide tools for individuals to extend support.

The Bliss developers are constantly working to provide the latest releases of Android, quickly updating as soon as a new version or new enhancements are available.

Because Bliss is its own spin on Android, it has a distinct look and feels to set it apart. Bliss has a unique icon theme and a focus on clean design. In addition to design, Bliss also aims to improve both performance and security over standard Android releases.

The unusually named crDROID is one of the most popular Android ROMs available. While others in this list are based on AOSP, crDROID is based on LineageOS. However, various customizations are added to the base OS to differentiate crDROID enough.

If I were to provide a description of Evolution X, I would define it as the stable version of Resurrection Remix from last year. This is due to the plethora of customization features it provides, and it does so without destabilizing the ROM. The significant difference between Evolution X and RR is that Evolution X simply fuses various code snippets into one main project. It is also the best custom ROM for gaming. At the same time, RR’s team rewrites every bit of code from the start to ensure system stability.

Along with it, Evolution X has its own customization bar which lets you make any system-level changes. Also, it has Android 10’s gesture navigation system. Recently, the developers of Evolution X decided to delete some features from the ROM because those features were not helpful, and they were slowing down the system as well. Due to which, the latest versions are more stable.

As you can guess from its name, AOSP Extended is based on the Android Open Source Project. The custom ROM not only looks sleek and modern but also provides a smooth user experience and great performance. AOSP Extended is commonly known as AEX Rom. AEX is an AOSP based ROM that provides stock UI with various customization features along with the Substratum theme engine. The project has been made by adding various useful features from various other projects into a stable AOSP Rom. Being based on AOSP it provides a smooth and lag-free experience along with great battery life. 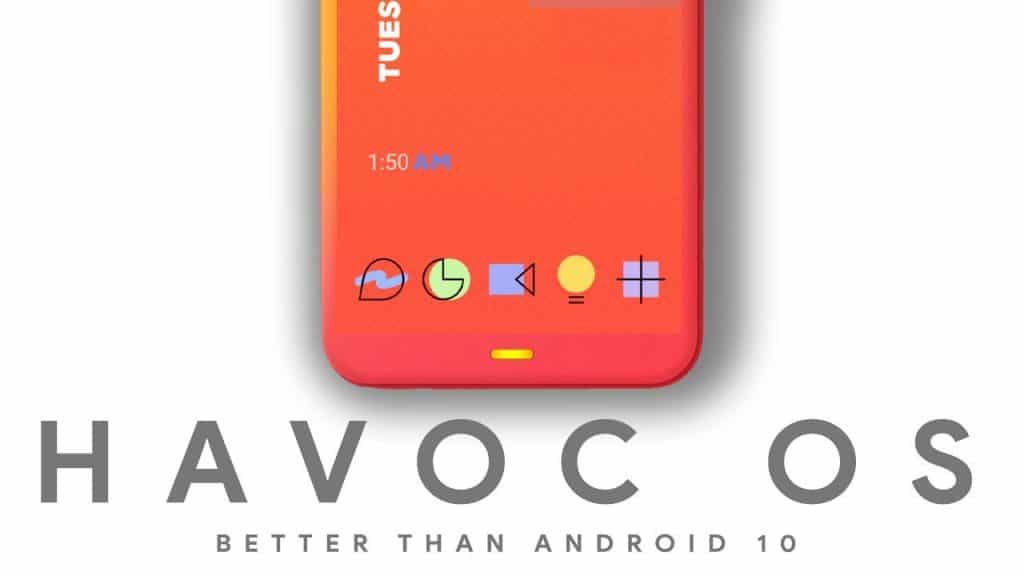 The name of this ROM is enough to tell you that this ROM has tons of customizations. The ROM is based on AOSP and Pixel experience so it has a vanilla Android running with its own level of customization.

Custom ROM Havoc-OS
The ROM is stable enough to be the daily driver and gives a decent battery but not the excellent one. Though installing a custom Kernel could improve battery backup even more. The features list of Havoc OS is pretty long.

OmniROM takes an interesting middle-ground approach that’s made it more and more popular over the years. Instead of going with stock Android or customizing everything through the roof, OmniROM created its own clean and minimal styling, similar to stock Android but uniquely its own.

OmniROM is built for stability, functionality, and simplicity. The interface is clean and free from a lot of the clutter you find on manufacturer Android builds. At the same time, OmniROM provides the customization options common from custom ROMs.

OmniROM does support a decent range of devices, but their support really could be better. With no official support for the vast majority of Samsung and LG devices, you’d practically need to purchase a phone specifically to run it.

An Android ROM that pushes customizability, Resurrection Remix promises to be stable, fast, and secure. It offers over the air (OTA) updates and is optimized to be more friendly on your phone’s battery.

Resurrection Remix supports 85 devices for Android 10, with an archive of older releases for legacy hardware. In short, you’re almost certainly going to find a version of Resurrection Remix that runs on your Android phone or tablet.