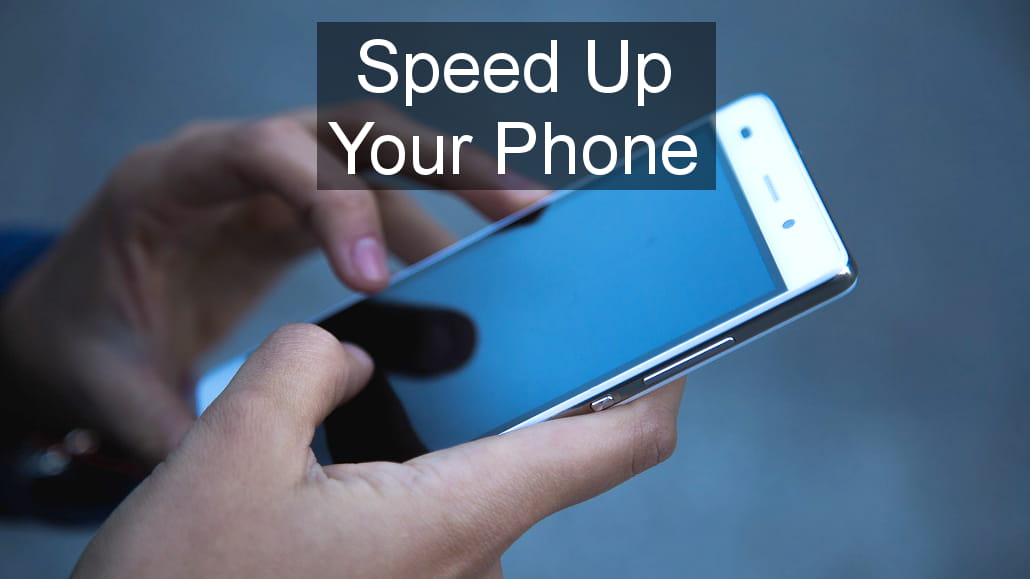 The Android operating system is quite robust and doesn’t need much in the way of maintenance or hand-holding. But if you are finding that your smartphone has slowed down a bit, here are a few things you could try to get it back to working like new.

Why is my Android phone so slow?

There are several reasons an Android phone might slow down over time:

You might be running out of storage space
Your version of Android might be outdated
You may have loads of apps installed, and they can start using up resources by running in the background. They also fill up storage space with cached data
New apps might be intended for newer, faster phones, and thereby make too many demands on your old one
And sometimes, operating system upgrades intended for state-of-the-art phones run sluggishly on older systems

The first tip is a simple one… reboot your smartphone or tablet. Yes, I know it’s simple, but it does work, especially if it has been a while since you last rebooted the device. The easiest way to do this is to press and hold the power button until the option to restart appears. I generally try to reboot my devices at least once a month just to keep them fresh.

You can make your Android device feel snappier by reducing or turning off some animations. You’ll need to enable Developer options in order to do this. Go to Settings > About phone and scroll down to the System section to look for the Build number. Tap on it seven times and you should see a message about being a developer. You can now go back to the previous menu and you should see Developer options listed under System. Head in there and scroll down to find the Window animation scale, Transition animation scale, and Animator duration scale. Tap each in turn and set it to .5x or off. Pick an option and find out what suits you, if you don’t like just go back in and change the values again.

Google periodically improves Android’s user experience and rolls out fresh new versions of Android from time to time. The purpose of doing so is to get rid of known bugs, increase stability, fix security vulnerabilities, and add speed-boosting to the operating system. Once you get a new version of the Android operating system installed on your device, you are more likely to experience improved connectivity and other functional, user-friendly features that are included.

Updating your Android will also get rid of all the residual app data that dwell in your phone and cache file thus killing two birds with the same stone in an effort to speed up your Android.

Most phones aside from the Pixels and Android One devices come with some form of bloatware. Thankfully, you can disable or in some cases uninstall most of the apps that come pre-installed on your phone if you’re not going to use them.

Just go to Settings > Apps to see all the apps installed on your phone. When you find an app that you don’t recognize, uninstall or disable it. You can also use Files by Google to identify unused apps on your phone and delete them as needed.

As you keep using your phone, you will collect a lot of excess stuff, like files and downloads you may no longer need. It’s a good idea to get rid of them by accessing your downloads.

Under Essentials or App List, find the Downloads folder.
You will see the tabs for Images, Audio, Video, and Documents.
For anything you don’t want, long press on the file name to select it, and tap the trashcan.

Watch out for malware

A big reason for some Android phones and tablets running slow is that they’ve got malware installed on them. You may have installed an app that comes with a malicious app riding piggyback (that’s why you should only download apps from the official app store) or clicked on an infected link in an email. You might also experience symptoms like your phone crashing, your data usage increasing inexplicably, your battery draining quickly, or even your phone overheating.

How to Turn off an iPhone 13

How To Create Gmail Without A Phone Number In 2021