Skip to content
Homepage / Android / How to Move Apps to an SD Card on Android Easy ! 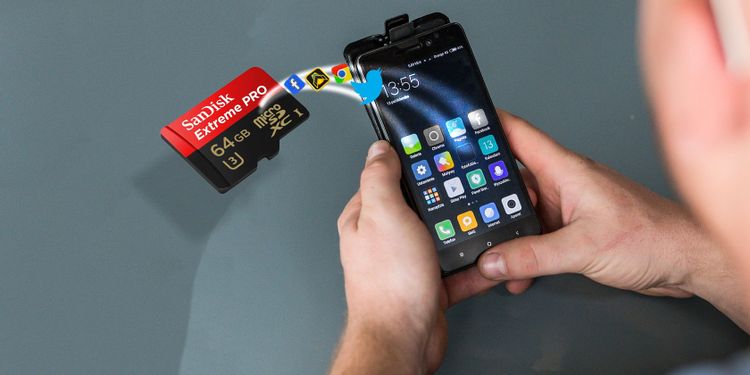 Not Enough Space warning pop-ups become frustrating to decide which content to delete or which app to remove from internal memory to get the required storage. If the device has a memory card slot then it’s a great relief as you simply move apps to an SD card to free up space.

Android apps are automatically installed to the internal storage of your phone by default, but you can move those currently installed apps (or portions of them) to the SD card, enabling you to maximize the storage on your device. Depending on the version of Android your device is running, you can also set the default location to be the SD card, to stop the internal storage from becoming too cluttered. Depending on the amount of extra storage you want, such cards are fairly inexpensive for the convenience they offer, and it’s pretty simple and quick to move apps to the SD card.

How to move apps to an SD card on Android

The good news is that it’s actually very simple to move apps to SD cards on Android. Just keep in mind some apps don’t allow this feature. Manufacturers might also remove this capability.

How to move apps to SD card:

Open the Settings app.
Go into Apps & notifications.
Access the app you want to move to the SD card.
Select Storage.
If the app supports the feature, you will see an option to change where the app is stored. Go ahead and change it to the inserted SD card.
This process is reversible, so if you should decide you want the app back on your internal storage, you can move it again using the same process

Use an SD Card as Internal Storage

You can now set microSD cards to work as internal storage. Instead of having internal and external storage existing as separate spaces, Android views the card as an extension of your built-in space.

You have to set this up first. Your card will be wiped in the process, so make sure you’ve backed up any data you need:

Insert the card into your phone.

Open the Settings app.
Select Storage.
Tap on the SD card you inserted.
Hit the menu button and select Storage settings.
Choose Format as internal.
Hit Erase and format.
Hit OK.
Migrate your data (or choose to do so later).
done!

This feature is called Adoptable Storage, and it requires you to keep your card in your phone permanently. The card is also encrypted, so you cannot put it in another device to copy the data.

The big downside to adoptable storage is that all Android phones are different, so some manufacturers choose not to offer it on their devices. If you don’t have it, then you’ll have to move your apps to your SD card manually.

Unfortunately, if your device doesn’t support any of the methods explained above there is still hope to move apps to external memory by using an app. However, the downside is you need to root your device to allow the app to do its magic. If your device is already rooted then it just matters installing an app like Link2SD, App2SD Pro, or FolderMount.

Link2SD and App2SD are the most popular options which also has in-app purchase for extra premium features.

It’s true that growing numbers are now opting to use the Cloud to negate concerns about running out of storage, but using an SD card is still a popular option. By moving apps to an SD card you’ll avoid those unfortunate occasions when the memory is so full that you can’t download even one more app. When this happens we have found ourselves, deleting a whole bunch of apps, videos, and more, and so learning how to install and move apps to SD card on Android really makes sense.