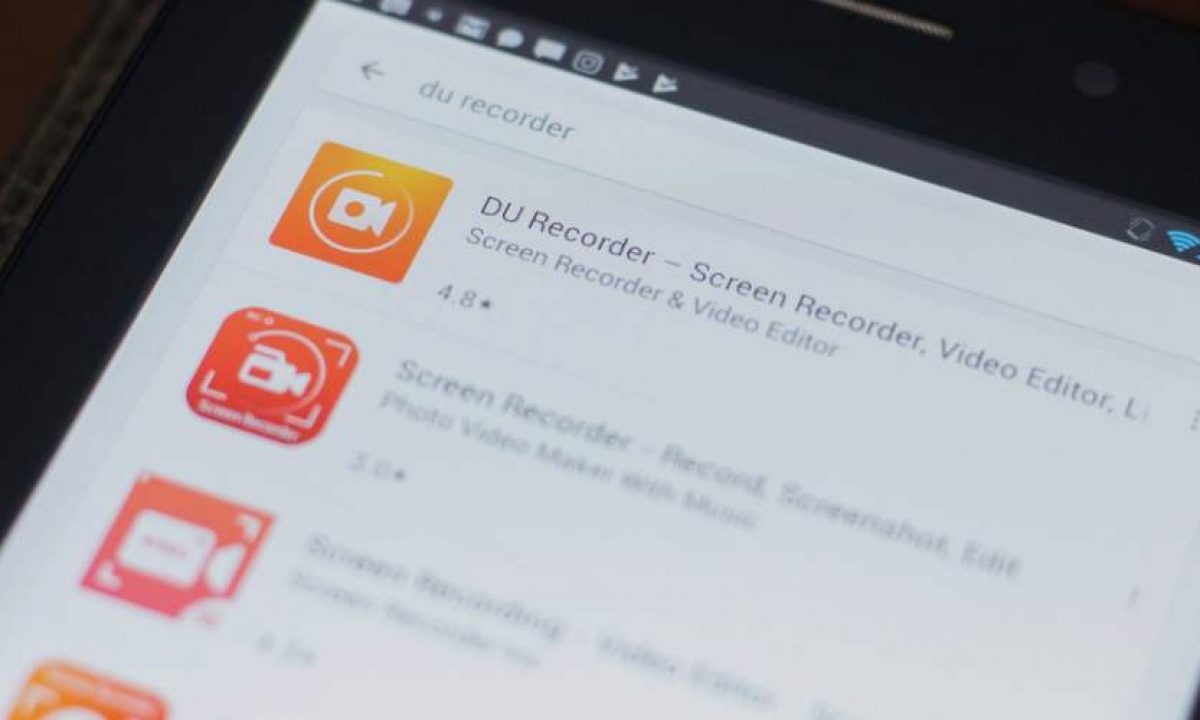 We love Android because of its customization options compared to other mobile OS but if there is one thing that the Android Os was missing, that would be the ability to screen record without using third-party apps.

It has a good range of functionalities including the many apps which will be installed from the Google Play Store. With Android 10, Google has managed to hide most of the essential features like dark mode or privacy settings. But what’s been missing for an extended time may be a simple feature called screen recording.

The AZ Screen Recorder app is the most feature-rich app on our list. It comes with tools that let you customize your recorded video such as trim or turn it into a gif. Also, it allows you to set your recording resolution, frames per second (FPS), Bit-rate and orientation, etc. Time-lapse video option as available as well and you can draw while recording to highlight certain things.

It also has a nifty little feature called WiFi transfer that will let you transfer the recorded video to your PC/laptop. And best of all, it doesn’t request permissions other than the Display over other apps for the floating bubble tool to control recording. The app is also available in the premium version for 2.99$ to unlock locked tools and remove ads. Overall, it’s a great app to have in a pinch when you need to show your mother how to use emojis.

With a name that’s both succinct and honest, Screen Recorder – No Ads makes our list. It makes it extremely easy to record videos. A blue button will start recording the screen, and a small handy widget will appear over whichever screen you’re viewing on your phone.

Best Android Screen Recording Apps Screen Recorder No Ads
It can record HD resolutions up to 120fps (if your display can handle it) and lets you add all kinds of flair to your recordings, such as logos, images, and text. Of course, there’s an option to switch on the mic so you can speak over your recordings, and there’s a Facecam option, too, if you’re trying to make a recording with that professional “Let’s Play” kind of look.

You can use this in day or night mode, and it includes some pretty nifty editing features like video trimming (of course) and the option to take notes as you record.

This is an easy-to-use screen recording app that supports full HD recording with 12.0Mbs and 60fps quality. The recorded screen can be saved to your External SD memory card so that you can record without any limitations. Several video editing features like trim, cut, and others are supported to enhance the recorded file. There is no forced watermark on the recorded videos using this video recorder for Android.

You can choose different screen resolutions, bitrate, and also frames per second from settings. If you are a YouTuber then you need to high bitrate and high frame rate per second for best quality videos. So, this app can be very helpful for you.

ScreenCam Features:
ScreenCam hasn’t any ADS!!
Noo need to root permission
You can record audio from the microphone.
You can control it setting from the floating screen.
Its design is a very clean and smooth UI.
You can choose any folder to save your video. Because ScreenCam supports custom storage folders.
You can pause/resume your recording from the floating screen. But sorry to you can only use this feature from the android 7.0+ version phone.
Install the app from the play store.

ADV Screen Recorder by ByteRev is a trustworthy screen recorder which umpteen characteristics that you’ll in all likelihood never implement. It’s reputable to have them though. The app allows you to record your phone’s screen with two contradictive engines, which could be quite a within reach. Geeky users will feel at home as you can just like that alter various resolutions, frame rates, bit rates, and also draw and put in writing over the clip. The handiest feature is the countdown which allows you to prepare 3 seconds before the recording commences! Finicky!

RecMe is one of the few screen-recording apps that, when used on a rooted device, can record internal audio as well as video. If you’re not rooted, then you can’t take advantage of the internal audio feature, but you still have plenty to play with on the screen-recording front, including up to 60fps 1080p video quality, a front/back camera overlay (for Pro users), and microphone recording.

best-android-screen-recording-apps-recme
The UI is nice and friendly – its material design aesthetic makes it look like it could be an official screen-recording app integrated into your phone. Speaking of which, that leads us to the next one on our list.

One thought on “6 Best Screen Recording Apps for Android 2021”